Discover the sights of the world

An important sight of the city of Rome is the National Monument to Victor Emmanuel (Monumento Nazionale a Vittorio Emanuele II) between Piazza Venezia and the Roman Forum.

The Monumento Vittorio Emanuele II, often also called Vittoriano, located in the central and busy square of Rome, the Piazza Venezia, was built by Giuseppe Sacconi from 1885. However, it was only completed in 1927. The national monument is located on the Capitoline Hill and offers a fantastic view over the city from the Terrace (Terrace of the Quadrighe). It is close to the Colosseum and the Roman Forum.

The monument is dedicated to the first king of the newly founded Kingdom of Italy, Victor Emmanuel II. Today it is one of the sights of the city and an important state symbol of the Italian Republic. The very massive building stands out in the square with the large marble staircases, the columns and the 12 meter high sculpture of the king. The equestrian statue of the king is the work of the sculptor Enrico Chiaradia. Two soldiers guard the tomb with an eternal fire (at the top of the free-running marble staircase).

The monument has a height of about 80 m and a width of about 130 m. It also houses the Museo del Risorgimento, which commemorates the Italian state founding movement and Italian wars of independence in the 19th century and the flag monument.

The building is also called “Typewriter” (macchina da scrivere) by the locals because of its strange and huge shape.

There is no information on this. 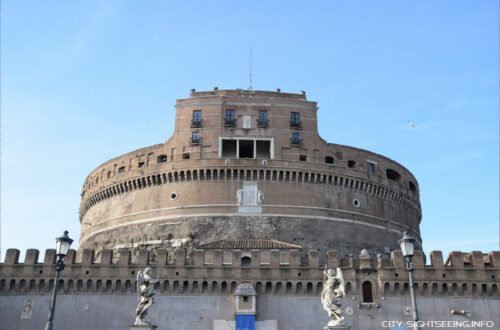 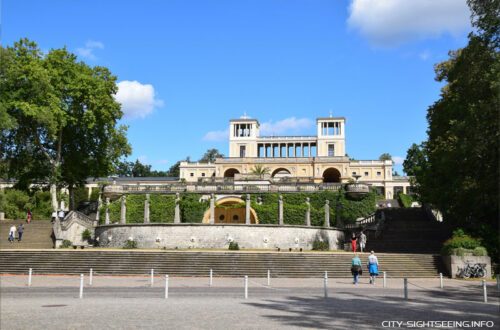